Lunch in Wichita, in which we got salads at a fast food restaurant.  The pernicious odor of burgers and fries overwhelmed, so I took my meal out to the car to avoid temptation.  Chris followed a few steps later.

“I had to get out of there.  I was one step away from ordering a bucket of fries,” Chris said to me.

I nodded my agreement because I had a mouthful of lettuce.  Then, I said, “The lounge entertainer, Joey Bishop, who was a favorite of Mom’s, said once that he lost weight by cutting everything in half and eating only half what the restaurants served him while he was on the road. Something to think about.  Mom even met him when she was younger.”

“Did she meet any of the others in the Rat Pack?” Chris asked.

“Most of them, from time to time.  She spent her summers in the Hamptons and celebrities were always available for parties.”

“Who had the money in your family?  Lilith or Andrew?” Chris asked. He had never seemed particularly interested before, so I readily answered his questions.

“It was Mom’s money.  Dad is a good investor, so he took advantage of Mom’s inheritance and more than quadrupled her fortunes.  My grandfather on Mom’s side was a second generation railroad magnate.”

“What was it like, growing up in a mansion, having everything you ever wanted?”

“Money isn’t everything Chris.  Mom and Dad were always someplace else anytime I needed a parent.  I was raised by nannies and servants. I saw my parents a couple of weeks in the summer and sometimes during the Christmas holidays. Once in a while, a nanny would take Carolyn, Ian and me to meet them in some far-flung exotic location for a few days, then back to New York we three kids went.”

I spent a lot of time with my grandmother on Dad’s side.  She was a kind little lady who taught me the art of crochet. She could talk for hours on the topic of yarn and yarn making. The first project I crocheted was a sampler afghan in which every 5 inch by 8 inch square had a different crochet stitch. I spent a lot of time pulling out stitches that were done incorrectly or too tight or too loose.  Grandma had a keen eye and could spot an error from across the room. I was determined that she not find even one.

She lived in the house with us, so I always had a parental figure around.  I adored Grandma and always wanted to please her.

My siblings and I seemed to get along very well without Lilith and Andrew.  If they didn’t show up for Christmas or birthdays, they always sent lavish gifts.  I think they checked with the nannies or maybe the nannies made the purchases and just sent the bills to Dad.  Grandma always made sure we had a birthday party or a Christmas tree. She ran the house I lived in until my marriage at the age of 20.

I don’t recall being lonely, but I didn’t feel loved by my parents.  I wasn’t lonely because I had Carolyn as a companion, a little brother to terrorize, and Justice, the butler, who became my father figure. Between Justice and Grandma, I always had the discipline I needed to grow.  I brushed my teeth, did my homework, studied for tests, cleaned my room and generally behaved.

Carolyn was the rebel who was always jumping off of the porch roof, after climbing up the rose arbor to get on the roof to begin with.  She snuck out of the house as a teenager, was caught smoking by Justice who grounded her for a month, was caught drinking by Hannah, the chef, and again she was grounded.  She didn’t study, she never turned in homework, never followed the rules.

Carolyn went to a local community college to study nursing-a subject in which she excelled-much to the disappointment of Lilith. Carolyn refused to go to an Ivy League school to study medicine where Lilith wanted her to go.

She met Louis who was studying HVAC at the same school during her final year.  They got married a year later, after enduring Lilith’s insults for the entire time they dated.  Lilith finally cut her off, completely, if she agreed to go ahead with her marriage to Louis, but Carolyn was undeterred.  She and Louis got married in a small chapel with just me and a friend of Louis’s, and Louis’s mother and father and his brothers and sisters in attendance. Mom refused to attend. Carolyn wore a simple white wedding gown that belonged to Louis’s mom and Louis wore his one and only suit.  They went to Olive Garden for their wedding supper and stayed at Louis’s parents’ house for their honeymoon.

It seemed her boys acted exactly the way she acted when she was a child. That same spirit pervaded their bones and they would probably grow up as happy as Carolyn is. She has no money, but she had a ton of love from Louis’s family, her boys and from Louis, himself.  A lot to envy, there.

Chris smiled at me and said, “It can’t have been terrible to not have Lilith around on the holidays.”

“She generally ignored her children either way.  If she was home, she would throw a huge Christmas party to impress her wealthy friends and I was never invited.  The nannies or Grandma would have a party for Carolyn, Ian and me in the nursery wing if Mom and Dad had one of their soirees.”

“Yes.  It had five bedrooms, a living room, a playroom, a classroom, four bathrooms, a pool, a kitchen and dining room.  It was the wing in the back of the house. I think Lilith uses it for a guest house, now.”

“I was never in that wing,” Chris said.  “In fact, Lilith barely allowed me in the front door.”

“You didn’t miss much,”  I told him. “The house was huge and cold.  It didn’t feel like a home. It felt like someplace I slept as a kid.”

“I am surprised you didn’t grow up as snooty as Lilith,” Chris said.

“I wasn’t raised by her or I may have.  I was raised by my Grandma and Justice.”

“What was it like for you when your Grandma died?”  Chris asked, he voice carefully neutral.

“It felt like a gunshot wound to my heart.  You know, I haven’t been back to that house in New York since Grandma died.”

Then, Chris said something that surprised me addressing his mother in the urn in the back of the Cayenne.  “Lillian, I know just Anne feels. A gunshot to the heart. That’s what happened to me when you died.”

We pushed on toward Colorado.  From Wichita to the Colorado Border was 8 hours and we decided to spend the night in Colorado.  We didn’t quite make it and stopped at a small hotel 20 miles from the Colorado border. We ate fruit for breakfast and bought coffee at the Colorado welcome station. The selfie I took to send to Mr. Cartwright showed Chris and me, neutral faced and facing more of our adventure with mixed feelings. 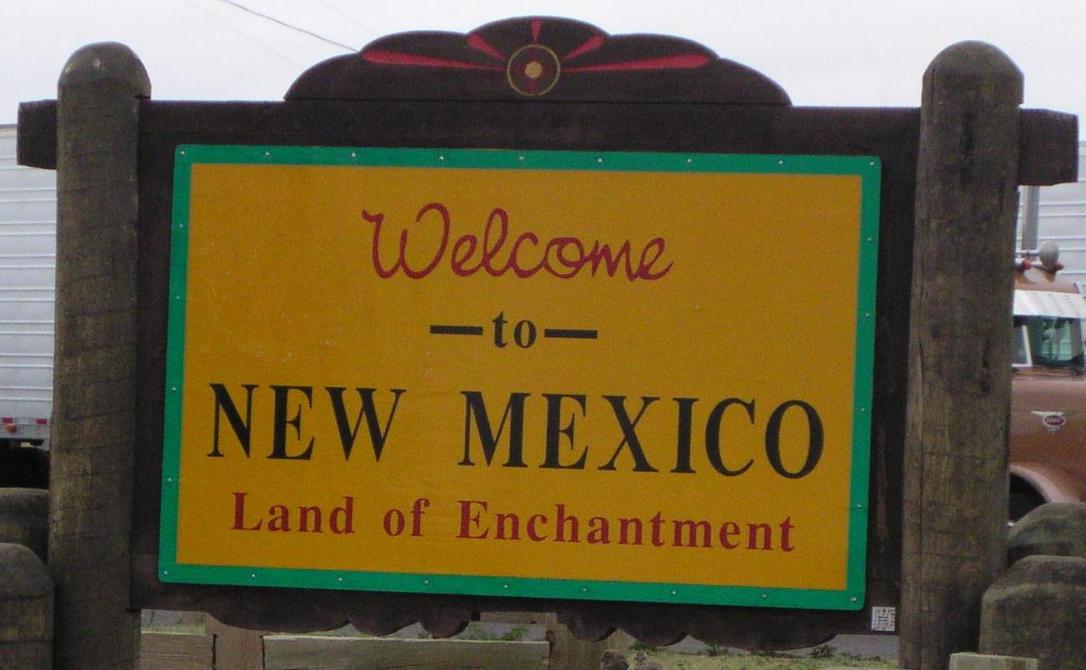 I was born in the 1950’s, live in a 126-year-old house in Virginia, I am retired and spend a great deal of my time writing. I have lived through the Kennedy assassination, civil rights, Neil Armstrong on the moon, and 9/11/2001. I have seen the Vietnam war, the war in Middle East, the war on drugs, Star Wars, and the war between men and women. I have written hundreds of short stories and essays and a handful of novels. Only one novel was (self) published and one poem published in a collection. I crochet, cook, have a veggie garden, an herb garden, a chicken coop full of chickens and I’m not afraid to try new things. I am not sustainable because I live in a city with a city-sized yard. Even with all of that, my favorite tool is my keyboard. View all posts by KarenPopeWrites